The Second Colony - a Perspective on Evolution 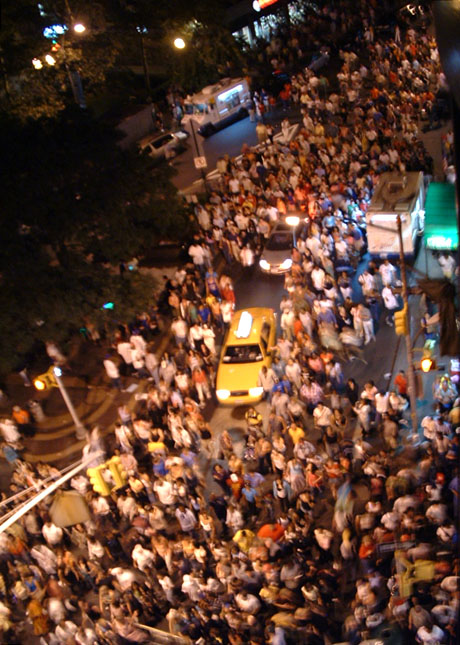 Sometimes looking at things from another viewpoint can give us a better understanding of a complex topic. As is often the case when humans are part of the discussion though, it's hard to keep our own egos out of thoughts on evolution. Once we thought that the earth was the center of our universe. Now many still think that humans are the pinnacle or the "purpose" of evolution.

For example, when single-cell organisms began to evolve into multi-celled organisms, we classify the groups of cells as a new organism when they are actually a group of cells living in a symbiotic relationship. We don't know what type of symbiosis these first successful groups of cells had but I think it's safe to say that they enjoyed some sort of evolutionary advantage.

The new organism classification is entirely understandable though. Our natural curiosity is based on the evolution of animals like us, not on the individual cells within colonies. If you really think about it though, we actually are a community of individual cells who depend on one another for survival, biologically defined as an obligate symbiosis of persistent mutualism. You're probably thinking that this argument is more about semantics than about anything useful within evolutionary biology. And you're right. It's only when you step back and look at the progression of symbiotic colonies that the idea becomes interesting.

Are you thinking that humans have made the leap to the second evolutionary colony? If so, it's time to check that ego again! We are not as individuals naturally designed for specific purposes within our communities. While we may find ourselves better suited for certain community tasks, our communities themselves are not biologically replicated.

Measured by colonial evolution, many insects are much more evolved than us. An Ant, for instance, is both a colony of symbiotic cells itself and a member of a biologically replicated symbiotic colony. All derived from the same cellular DNA.

I would like to note that I'm only talking about single-lineage symbiotic communities, not inter-species symbiotic relationships.

Although humans will most likely never reach second colony status, as social animals, we're in what I would imagine be the early stages of that evolution.

Our first 23 chromosome pair ancestors were probably siblings with a chromosomal deformity born of an ancestral type of ape. If future science holds true that the siblings started a weaker lineage of naturally selected animals, maybe they needed to rely on each other more for survival than their 24 chromosome ancestors. This could mean that evolutionary weakness could be a driver for socialization and later colonization. Now let's apply this logic to our further distant single-cell ancestors.

Could it be that the evolutionary driver for colonization were single cells that were poorly equipped to make it on their own? Personally I like the idea of the underdogs coming together. I also like the idea that we can depend on one another to make each of our lives better. But maybe that's just my evolution talking.